A knock-your-socks-off rock and roll album

How many extraordinary recordings of rock bands can you name? Once you hear what Octave Records and the indie rock band Augustus have to offer we’re confident you’ll add this to the top of that shortlist. From their foot-tapping driving beats to their haunting melodies, Augustus never ceases to surprise and delight with their unpredictable power. Whether presented in the medium of mahogany strings or driving spirals of fuzz and reverb, the genre-bending indie rockers have released a steady stream of critically acclaimed music, licensed songs to MTV, E!, and the Discovery Channel. And the recording! Did we mention this is perhaps one of the finest rock recordings ever? We cannot wait until you fire up the album’s last track, James Dean. Think you can stop your foot from tapping? Impossible. Or keep a tear from shedding on the track, Diana? Hard to imagine. Ragtime World is a must-have for anyone that loves as much as we do, this wonderful music. A true genre masterpiece. 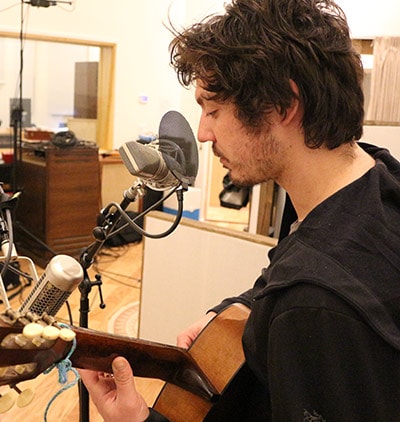 Since 2014, Augustus has toured the US and recorded five previous studio albums. Their core two-guitars-bass-drums-vocals sound is spiced with a variety of electric and acoustic guitars and amps (vintage guitar heads will have a lot of fun identifying the various gear, all plain to hear on this high-resolution recording) and additional sounds including lap steel guitar, mandolin, and even a Mellotron. The music spans a variety of moods, from the rockers “Carry All the Weight,” “Past Life” and “Leave the Lights On” to the spare, fingerpicked acoustic guitar of the title track and the ethereal “Daisies,” a song about “wanting to protect your partner and dealing with those anxieties,” as Colin Kelly noted. The instruments and equipment included a 1975 Gibson Les Paul Deluxe, 1997 Fender Stratocaster electric and Guild and Martin acoustic guitars, a Hammond organ, Yamaha DX-7 and Roland JD-XI synthesizers and a Yamaha grand piano, Fender Princeton, Vox AC-15 and Silvertone amps, and more. 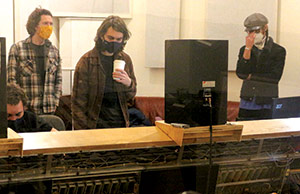 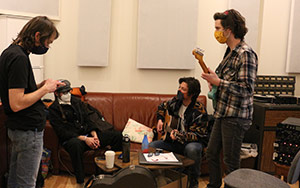 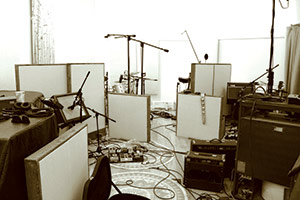 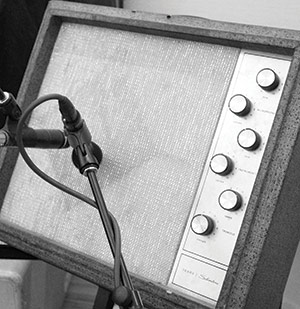 The original recording was brilliantly captured by Octave Record’s engineer (and amazing drummer), Jay Elliott at Animal Lane Studios in Lyons, Colorado. Most all of the tracks were recorded live and together as an instrumental band, with vocals and harmonies added in later. Listen carefully and you’ll hear how engineer, Jay Elliot artfully used the band’s microphone bleeds of the live feed to great advantage. The album has some of the best separation and imaging capabilities of any rock and roll album we know of. Engineer Jay Elliott’s strong influence as a drummer came into obvious play as he mixed the 32 track recording on Octave Record’s Studer analog console. Note the recording’s powerful rhythm throughout. Musical instruments and equipment used: 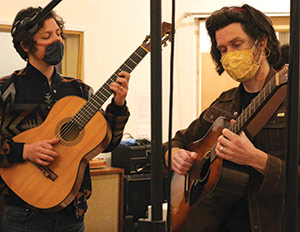 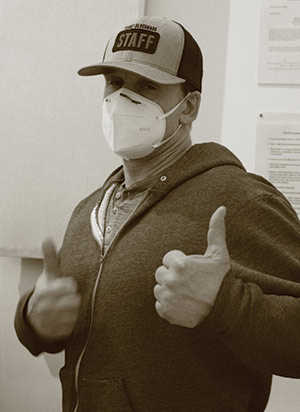 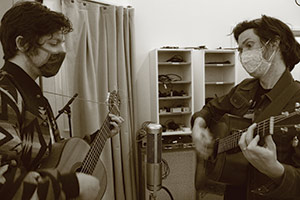 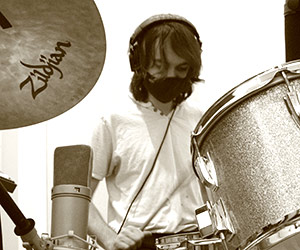 My thanks to Jay Elliott for his deep well of knowledge, and his ability to make the drums fu*king slam. Also, Jay came in at the last second and saved us all, making himself available for the session. Octave Record’s Giselle Collazo for being patient and tolerant of the unhinged boys club that surrounded her for this project. Forrest Raup and Johnny Demitrio for being absolutely stunning on Drums and Bass. You two made me realize I need to practice my instrument way more. Gus Skinas for lending his DX-7 to the project. Last but not least, Jim Herlihy. We have been bandmates through so many trials, and we are still here making music. You are a saint for sticking by me this long.

We’ve been waiting for a long time to find the right band and engineer to capture them, and Augustus is it. Too many great rock and roll bands want to present their music in your face and that’s not what we at Octave Records want. Distortion? Great, as long as it’s from the instruments and amps themselves, captured perfectly on the Sonoma DSD system as if you were in the recording studio when this work was cut. Raw, pure, with all the power and life this amazing band can offer, Augustus and Ragtime World will set a high bar for anything yet to come.

One of the best sounding rock albums ever!

I downloaded this yesterday, and while playing the DSD version it became apparent to me that this was one of the best sounding rock albums ever. The video with them made me buy it. I hope you do videos of each performer coinciding with the release from now on. It’s nice to “get to know” the performers as well as their music. I also downloaded Foxfeather and Zuill Bailey. Yesterday was truly a great moment in downloading history!!

I’ve been waiting for Octave Records to put out some rock and roll and this blows me away. Congrats.

This is music I can listen to all day long. The band’s great. Kickass.

Hats off to Octave for being brave. There aren’t any audiophile labels that have the balls to record this. Brilliant. My favorite.

Check out the riff on this track. These guys get going and you don’t want them to stop. Colin’s right. The drum “fu*king slam!” 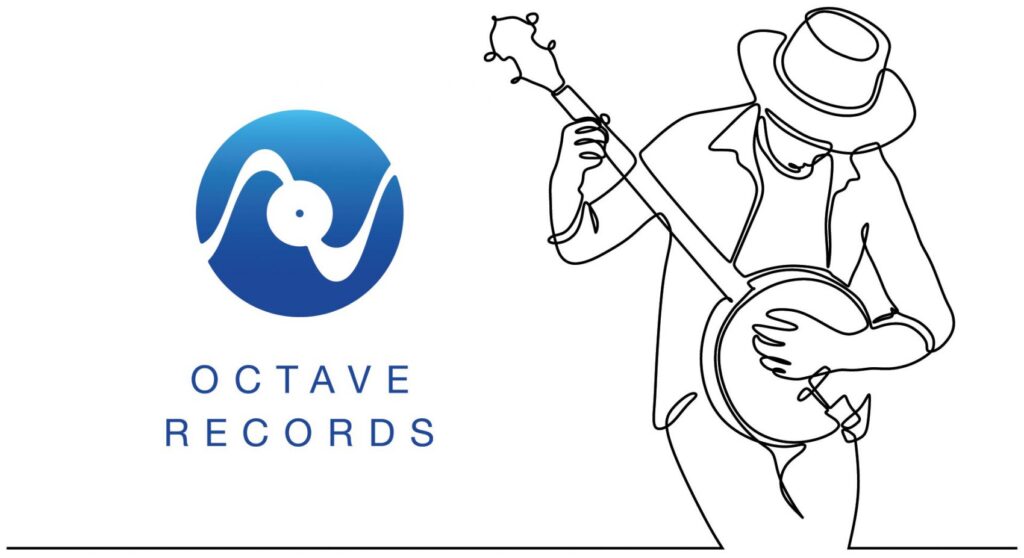