DirectStream Junior (DSJ) enjoys the heritage, design genius of Ted Smith, and the artistry of PS Audio craftsmen at a more affordable price.

PS Audio’s product directive asked for similar architecture to DirectStream in a PerfectWave-like chassis, with the network Bridge built in and performance not less than 85% of the original. A tall order by any measure.

How do you get 85% of an instrument’s performance with 41% less to spend? The answer turns out to have a number; two years of hard work. The end result is DirectStream Junior.

DirectStream Junior is one of the finest audio instrument in the world today. That it includes a built-in Bridge II and is far more affordable than its progenitor, DirectStream, turns out to be a source of pride for the entire engineering team. 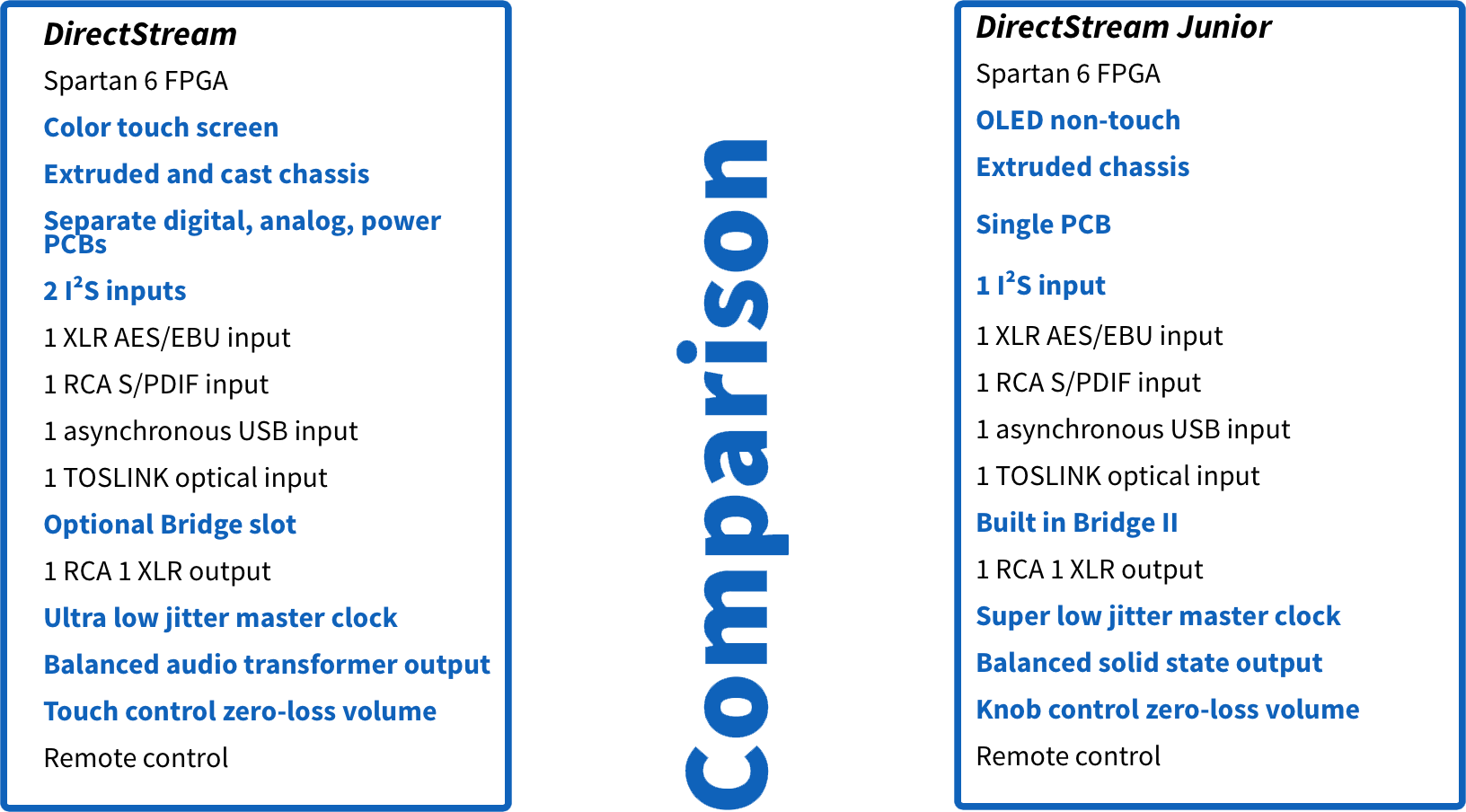