The BHK Signature 300 Mono power amplifier culminates one man’s lifelong quest for perfection in power amplification. Bascom H. King’s magnum opus combines a pair of vacuum tubes on its input with a double set of parallel MOSFET outputs capable of 300 watts in 8, 600 into 4 and more than 1,000 watts into 2.  The BHK Signature 300 amplifier can drive any loudspeaker to musical perfection and is the most important element in your music reproduction chain.

Compared to the BHK Signature 250 Stereo power amplifier, the Mono Signature 300 doubles the output current with half the impedance of the stereo model. Each Mono Signature produces 300 watts into an eight-Ohm loudspeaker, 600 watts into four-Ohms, and 1000 watts into 2-Ohms.  But more than just doubling the current, the BHK Signature 300 also doubles every internal component of the 250 into one: double tubes, double power supplies, transistors, capacitors and resistors. The results are hard to put into words. The BHK Signature 300 is easily twice as clear, twice as open, significantly more musical than its stereo counterpart. And what is truly remarkable is the Signature 250 is one of the best performing, musical sounding amplifiers ever made. Imagine your delight listening to either. 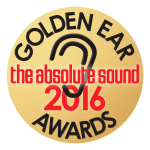 The hybrid approach used in the BHK Signature takes advantage of the best traits technology has to offer, unavailable in traditional solid state or tube designs. While vacuum tubes are the perfect input stage, they cannot make the same claim on a power amplifier’s output. Conversely, solid state designs are correct for output stages, but suffer when used as inputs. Only a hybrid approach takes advantage of the best in both disciplines.

A power amplifier connects its reservoir of energy to the loudspeaker through a type of valve (solid state or vacuum tube) controlled by the input stage. If the input stage has done a good job of preserving music’s subtle details, textures, timing and phase information, transferring it without loss to the power stage and eventually the loudspeakers is best handled by a tube-like solid state device known as a MOSFET.

MOSFETs handle power without the additional circuitry needed by tube power amplifiers, and they sound better than tubes or their solid state alternatives, bipolar transistors. Field effect transistors were first invented by Julius Edgar Lilienfeld in 1925 and because they require very little current and operate with an invisible field, their sound is more closely related to vacuum tubes than transistors, without suffering any of the issues driving loudspeakers typical of vacuum tube power amplifiers.

Not all MOSFETs are the same, their differences characterized by their relationship with the input signal and the power supply driving them: N-types for the positive going signals, P-types for negative. It turns out that N-types have lower distortion and perform better than P-types. Despite this anomaly most power amplifier designs use both types of transistor in a configuration known as complementary symmetry. The BHK takes a different approach, one that avoids the problem of uneven performance between N and P devices altogether. Using only N Channel MOSFETS in its output stage, the BHK Signature produces a near-perfect balanced waveform without the degradation inherent in a complimentary design.